I do not understand what is going on with my body.

Last month my period lasted one day. Not even a full 24 hours. I took about 500 negative pregnancy tests. Started Clomid round 2… I am on cd20 and still no positive opk. I use digital opks and I test twice a day, I have never not gotten a positive in the 14 cycles we’ve been trying. Typically I only have 24 days cycles and o on cd11-12 but Clomid messed that up and last month I o on cd19. So, naturally I expected a positive opk yesterday…. I just want to know what is going on with my body. I am going nuts. NUTS I TELL YOU.

E is convinced I am pregnant and wants me to test again tomorrow. I just don’t know what to do. Has anyone had a similar experience?

IF I was pregnant, I took 5 days of clomid… wtf will that do to my baby?

Fuck. Why can’t I just be fertile like the rest of the damn women in my family?

PS Happy St. Patty’s Day!!! I am Irish and didn’t partake in any of the usual traditions. Instead I spent the day at jury duty. Woot. Woot.

The big O… Ovulation. Sorry for those of you who thought otherwise. Silly you, this is an infertility blog!

I knew that Clomid would push back my ovulation date. I typically ovulate on cd11. Well I am at cd18 and still nothing according to my opks. I thought I was ovulating Sunday night though. I woke up from a dead sleep to EXCRUCIATING pain. I have survived endometriosis for years, including 2 laps now and several ruptured cysts. You’d think by now the pain wouldn’t get to me. But this was horrid. I felt like someone was stabbing me over and over. It hurt directly in the center of my very lower abdomen down to my butt. I could barely stand up straight, the fetal position was my only option. After one and a half hours, a hot bath, Aleve and a heating pad, the pain finally started to subside and left me with a horrible pressure and heaviness. I’m still feeling the same pressure and heaviness. In the midst of my sobbing melt down I did an opk. Negative. So now I am left wondering if those silly things even work on Clomid. Nothing online has given me a conclusive answer. I did call my doctor first thing Monday and he didn’t seem too worried. Which was reassuring, but at the same time I want answers!

Has anyone had a similar experience on Clomid? When did you ovulate? How did you know? HELP!

I had my follicle ultrasound on Thursday! The doctor said I had 3 very good follicles all around the same size on my left ovary. I had one smaller one on my right (That was the ovary with the most endo during my lap). He seemed pretty positive about our chances of getting pregnant this month. I am secretly praying for the possibility of twins, E is too. We would LOVE that! Doc said if I do not get pregnant this month, he will up my dosage of Clomid next month. Fingers crossed that we won’t even need to do that and this is my lucky month. 12 times a charm?! Now if I could just figure out when I ovulate! Clomid had pushed my cycle back 4 days already. So I have been peeing on OPKs like crazy and having sex everyday / every other day (side note: planning sex is really damn frustrating and annoying to me).

E & I have a good feeling about 2014 being OUR year. Things are really looking up for E’s career. He is finally getting passed the assholes in his chain of command and getting things accomplished and the recognition he deserves. He put in paperwork to go to RASP this week. It’s a 2 month Ranger selection process that, when passed and selected, will get him into the 75th Ranger Regiment. Which is kind of a huge deal, it’s a Special Operations job. I have been praying so hard for him, this is all he’s wanted since enlisting and he deserves it more than anyone I know. The past year has been so frustrating for him (and me) with his career. He has constantly been under the leadership of people who do not encourage him or lead him. He has been in 4 years and is the most decorated and experienced E4 in his company (more than his NCOs actually), yet still hasn’t been to the board. No matter what he does or how hard he tries it just seems to be one road block after another. It is so disheartening to watch him go through this and be powerless. But he was given a glimmer of hope this week and we will find out Monday if he will go to RASP or not.

I selfishly had a melt down when he told me he had a chance to go to RASP. The first thing I thought was “What about trying to get pregnant?!” I wanted to scream. I was at work and had to go to the bathroom to calm down. I know I can’t be mad about it, because he deserves it, but I am sad that if I am not pregnant by the time he goes, that means a guaranteed 2 months we will have to put this on hold. Then he will go through Ranger school, which is even longer. I can’t help but feel sad for me and my dreams being put on hold. But I’ve learned to accept God’s timing and have faith that it all will happen when He feels is right. Or so that’s what I have been telling myself. Needless to say, I’ve been praying for patience a lot lately. 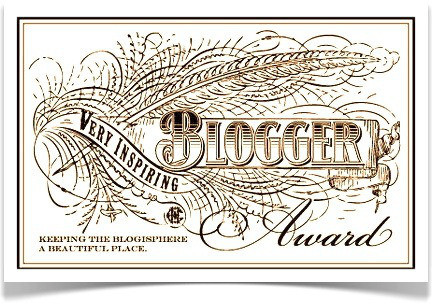 and other fun tales.

A Story of the Ultimate Adventure: Adoption and Motherhood!

unexplained infertility, miscarriage, and my journey through IVF

Life as a Moore. Life with infertility. My thoughts and words are my own.

Sweeping Up the Broken Pieces

On Surviving Multiple Pregnancy Losses and the Joy of a Rainbow

A Dream and A Journey

The Chronicles of the Unfruitfulness

From My Plan To His

Facing the Giants, a blog about pinkcupcakefrog

Navigating medical and natural interventions and emotional ups and downs

Rollercoaster ride of faith to baby through infertility and miscarriage

My journey towards pregnancy and pseudo paranoia as a doctor

The Odds are Never in My Favor

My hilariously depressing journey with infertility

Fertility and me (us I should say!)